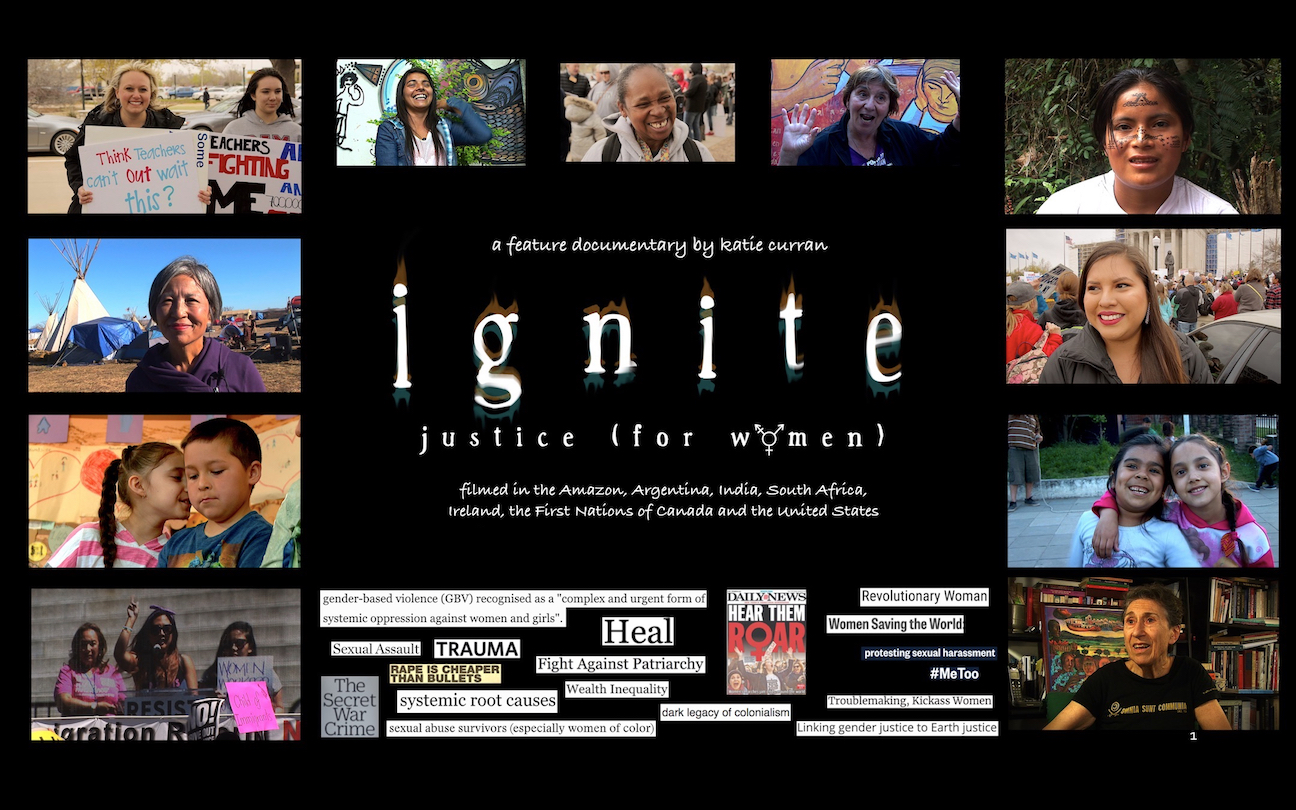 A feature documentary film explores the root causes of sexual violence and gender oppression, while looking at different grassroots social movements focused on healing and building political power. Filmed to date on the Haudasasnee (Mohawk) rreservation in New York, with First Nations survivors of Native boarding schools in Ontario, at the Standing Rock encampment in resistance, with the teachers’ strikes in Oklahoma and Arizona, in the middle of Achuar territory in the Ecuadorian Amazon and with women groups and activists in Argentina. In production.

Violence against women has been used as a weapon of trauma to strangle female power, suppress dissent and colonize entire cultures. The root causes of this violence, stemming from patriarchy, span economics, politics, class, race and religion, recycling misogyny through the centuries in forms ranging from rape to sexual harassment, with research even linking domestic abuse to mass shootings and environmental destruction. But survivors around the world are healing and growing stronger, addressing the causes of sexism with a multi-faceted trajectory including a return to destroyed traditions, establishing economic justice, wielding numbers to enforce legal rights and fighting any force that threatens gender sovereignty…or revolution.