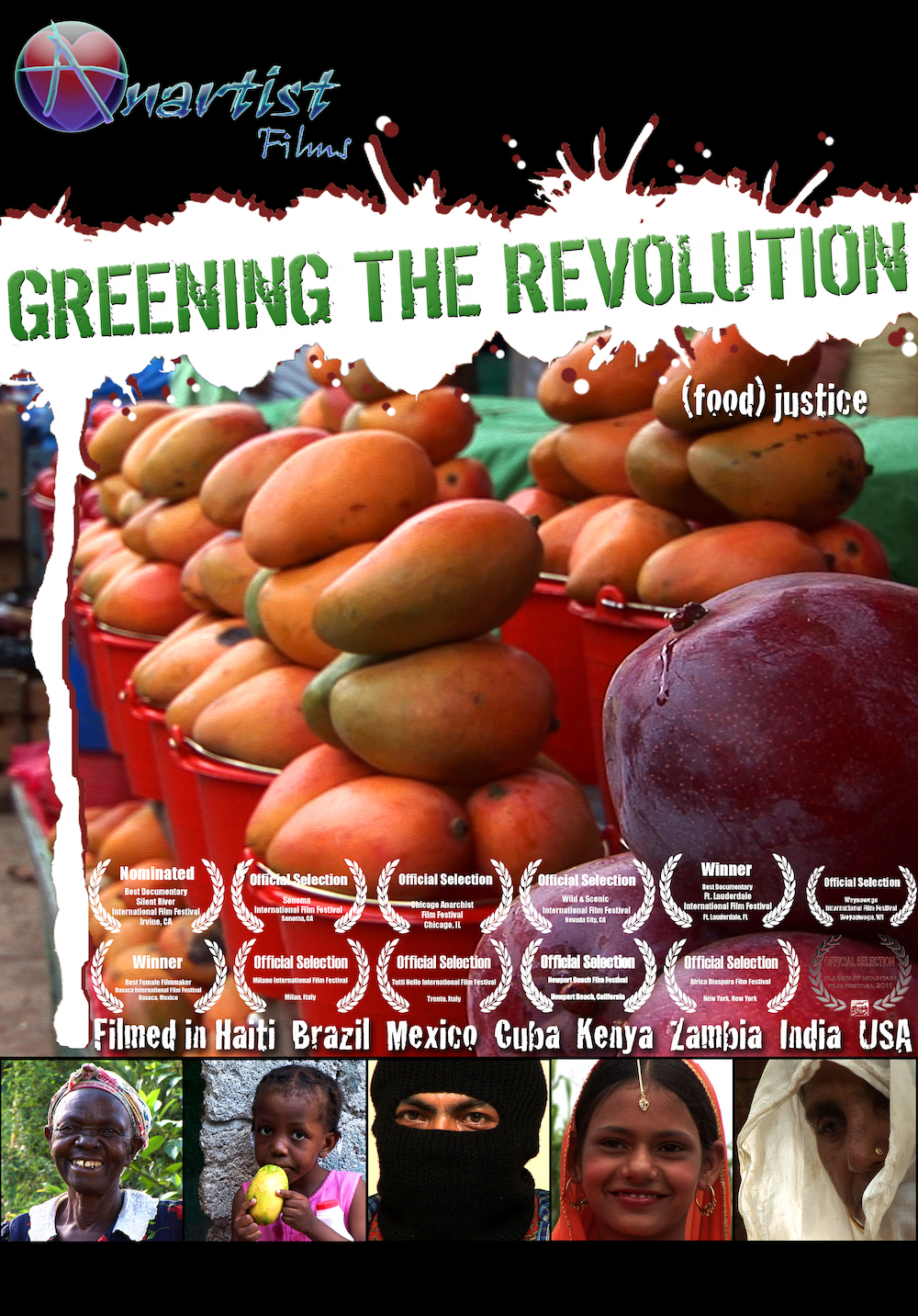 Anartist Films is dedicated to radical, revolutionary film-making, demanding justice while embracing the beauty of the world and its people.

Greening the Revolution was filmed in indigenous, Zapatista communities in southern Mexico, throughout farms and cities of Cuba, in the countryside and shanty towns of Haiti, tea farms and urban areas of Kenya, organic farms and cooperatives in Zambia, small agricultural communities in Punjab, India, Landless Workers camps in Brazil and throughout the United States, on the Pine Ridge and White Earth reservations, inner-city Oakland, Iowa, Washington D.C. and with the Coalition of Immokalee Workers in Florida. The 80-minute feature examines the tumultuous politics of the global food system, focusing on the struggles, triumphs and sustainability of small farmers from around the world, while including interviews with intellectuals, such as Noam Chomsky, Howard Zinn and Vandana Shiva, government officials, such as the Director of the FDA, and corporate executives at Monsanto.