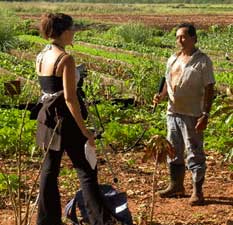 Curran, 37, has worked as writer, assistant producer, editor and camera for documentaries from PBS, NOVA, Power Paths and ML Lincoln Films. She interned for the Emmy award-winning Investigative Team at ABC News in Chicago and has freelanced for print and National Public Radio. Curran taught media skills and filmmaking at Haiti Reporters in Port-au-Prince and has worked as an activist and organizer for social, cultural and environmental justice, especially on issues regarding women, war, Native resistance, immigration and police brutality. Determined, but with a small budget, Curran backpacked alone across the United States and throughout the world for over five years to collect footage for her directorial debut on food justice, "Greening the Revolution". 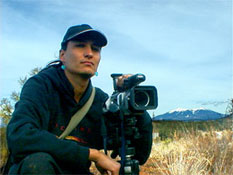 Klee Benally is an enrolled member of the Dine' (Navajo) Nation. Currently living in Flagstaff, Arizona, Klee has been the projects director of the non-profit media group Indigenous Action Media (IAM) for over 2 years. Klee has been a media activist for over 6 years, producing short documentaries and offering consultation for various indigenous media campaigns. He is also an entertainer with the Native American Music Award winning rock group Blackfire (www.blackfire.net) & the internationally acclaimed traditional dance group, The Jones Benally Family, with which he has performed Dine' traditional dances all of his life.

Producer/Director/Writer, Idanha Films and Mist Productions. Joyce has independently produced nine documentaries over the last 20 years including the Emmy nominated, The Journey of Sacagawea currently airing nationally on PBS and In Remembrance of Martin, a tribute to Martin Luther King which aired nationally on PBS for three years and was recently released on DVD.